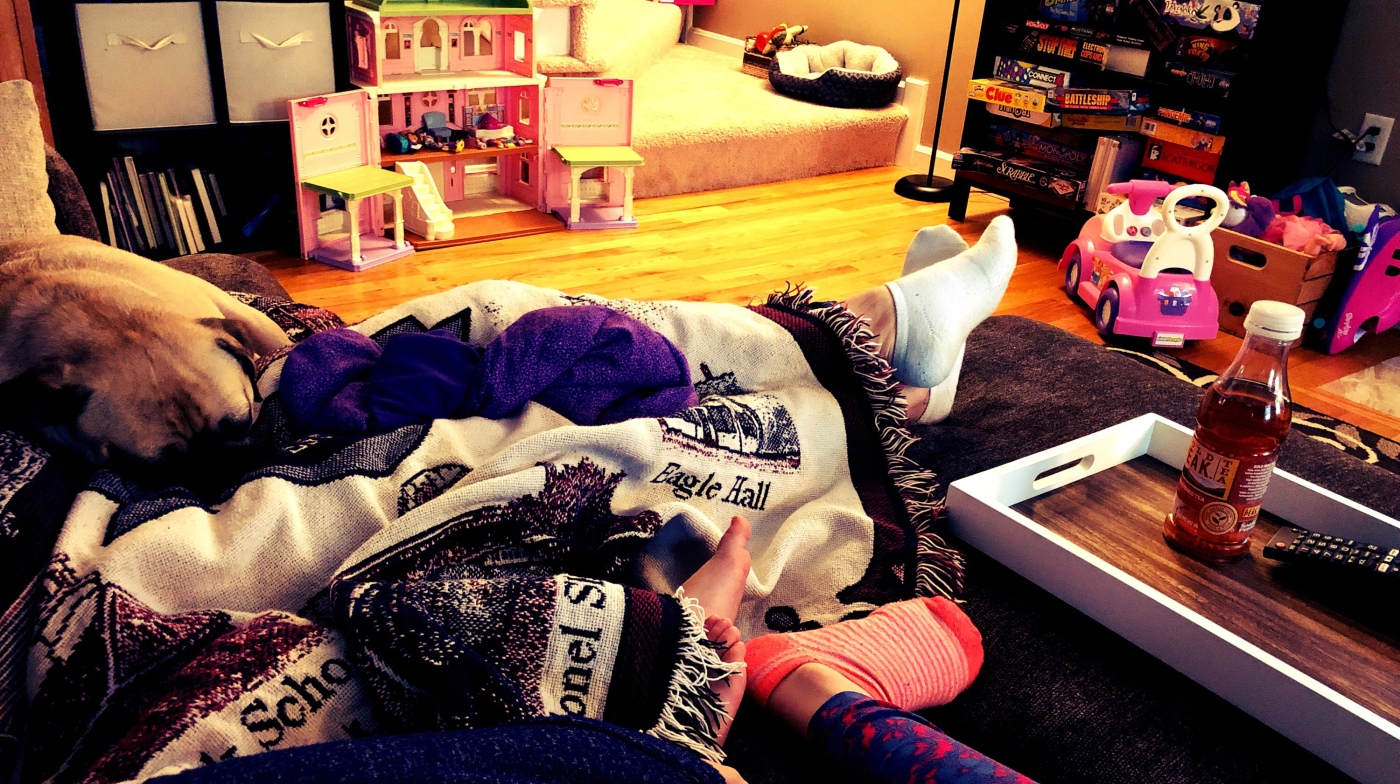 Lessons from this past week.

Spring Break vacation week with a nine and a three-year-old at home means not much “big” work gets done. 😑

BUT, while there is not enough time to get into revising and big work with the nine and three-year-old at home all day all week, to-do lists and small tasks can totally be tackled! 😁 I was able to hop on and off the computer to catch up on emails, prep for the upcoming New England SCBWI conference this weekend (HOORAY!), and get a handle on where I’ll be at with the projects lying in wait when the week is done.

I did start watching Neil Gaiman’s MasterClass and it’s awesome. I love the idea that Neil Gaiman talks about, that writing is trying to capture a truth in a lie (Neil Gaiman MasterClass). But for me it’s more that when I’m writing, I’m trying to capture a feeling. I want to capture a feeling I had and give it to you, because my truth might differ from your truth, but that feeling I think is very similar. The feeling of safety, or of being frightened. We all know what it feels like to be small and marvel at the world. We also all know what it feels like to be so scared that our bones shake. If I’m writing well, I’m delivering whatever that feeling is to you through my story.

Last Friday, my husband and I went to see Amanda Palmer at the Orpheum in Boston for her There Will Be No Intermission tour and it was amazingly beautiful and heart-wrenchingly painful. She spoke her truth, gave people space to feel their feelings and share in the emotions she was describing, and absolutely owned that stage. Watching her perform and listening to her story was inspiring. Not surface-y inspiring, but fuel the fire of going after my goals with red-hot ever-burning coals inspiring. She’s amazing.

Also, I’m late to the Brene Brown game, but I’m here now and seriously invested. This week I watched her TedTalk (The Power Of Vulnerability), her Netflix special, and started listening to Dare to Lead on Audible. I’m loving what her work is bringing out in me and what her work is challenging me to confront in myself.

Last, but so importantly not least and not to be overlooked, I totally made a mistake in my terminology last week. I spoke about turning my last chapter into a prologue when I meant epilogue. I didn’t even realize the mistake until I was talking to my friend from my peer critique group and when she started asking me questions that were completely confusing to me, I realized my mistake. I made an author’s note on the blog explaining I’d made a mistake, but it’s an important reminder that making mistakes is human and healthy. No matter the arena (public or private) mistakes will be made and it’s important to own them and learn from them. As I’ve said before, onward and upward we go.

What’s inspiring you lately? What mistakes have you made lately? Is anyone else going to the conference this weekend or another fun and exciting thing to do with your writing?

2 thoughts on “Capturing a Feeling, Being Inspired, and Making Mistakes”

Leaving Space for the Known and Unknown