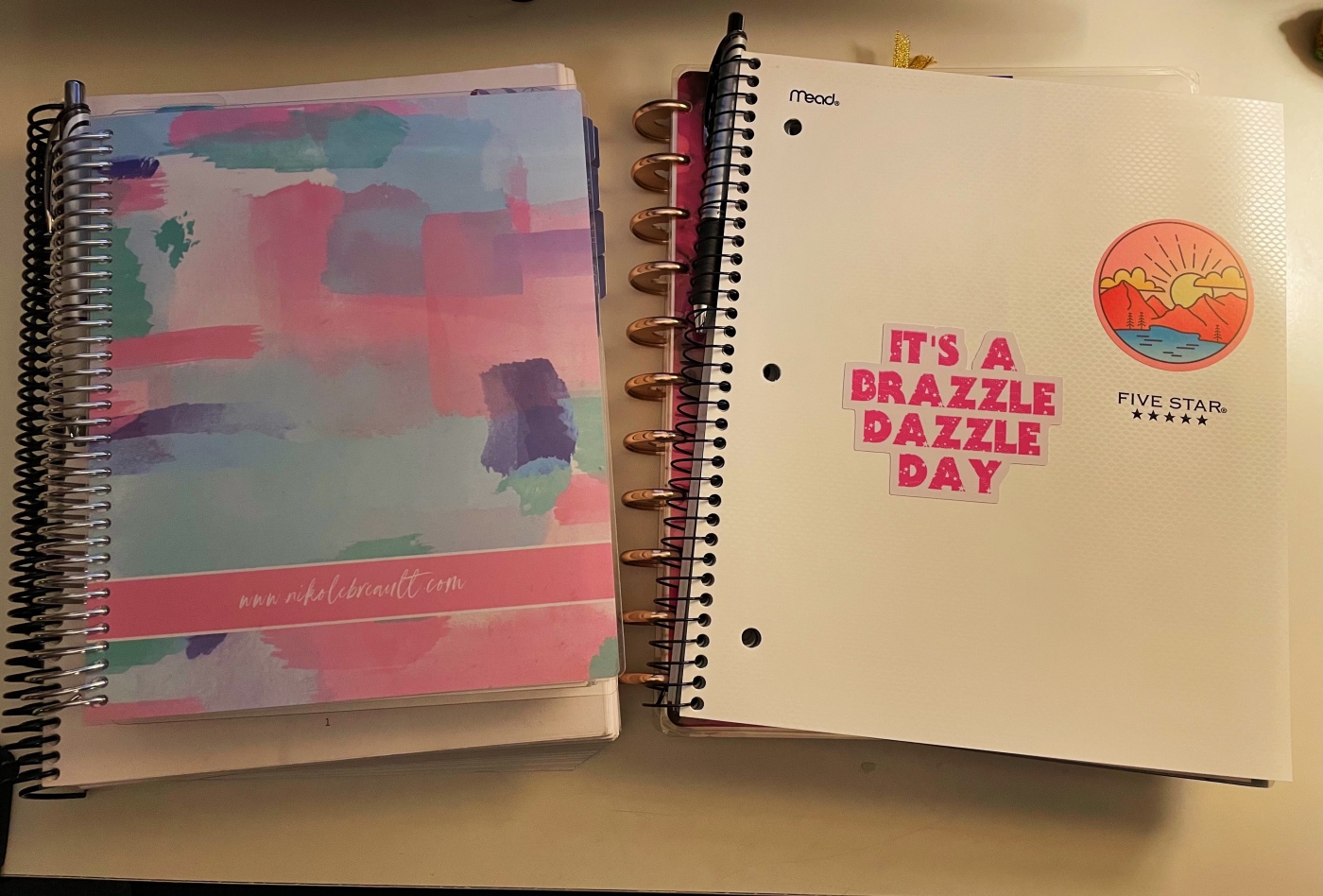 Feedback was collected, a plan was made, and the revisions were completed! I always print this revision and have it bound so I can hold a physical copy of the work I’ve completed in my hands. Then I contemplate the very last step in this process. The very last step is to go back and repeat the entire process as many times as it takes until the story is “done”.

I know. I had to sit with this one for a long while and really let the reality of it sink in. Not because I didn’t want to do it, not because I was in denial of it, but because I really wanted to commit to this level of work. I wanted to commit to this level of work because I KNEW this was the level that was going to make the difference between writing stories and someday writing a book. How many times a story needs to be revised before it is “done” depends on the writer and the story that is being written. I have manuscripts that have been through two rounds of revisions and feel really strong. I have other manuscripts that have been through a couple of rounds that need to be revised again. I can feel when it needs another round when I go over a story to see how the new and revised writing settled and I can feel that something is still not complete. This happens usually when a character has reached a new level of development and looking over their entire arc, I see places where they need some room to show the reader something else. This also happens when characters have traveled through a new place and when the revised draft is completed, I can see spots where more information about what happened to those characters because of that place needs to be developed in the story. Going through the drafting and revising process has brought out a deeper level of the story and from that deeper level, I can see where this completed draft needs to go next. This isn’t a step I dive into right away though. Usually, after sitting with this newly revised version of my story and reflecting on the work that was done, I set the draft aside so I can come back to it with fresh eyes after some time away from it. It’s an important part of this step because I know the story will be better for it.

This is the step that takes a writer months, and in some cases, a year or more to complete. This step is arduous and frustrating and takes a level of stamina that I am still working to achieve. Over the years my process has improved, which has made everything leading up to this step run more smoothly and create more quality in my writing, but this step still requires an immense amount of determination and resilience. The first revision of a story is always easiest, because first drafts are notoriously the weakest draft of a story. They are meant to be the draft that is worked and improved upon to create the next best version of the story. The second, third, and beyond drafts are more difficult to get through. They are the drafts where I’ve found myself battling that horrible inner critic who wants me to give up or who wants me to believe that I’m not worth creating that next best version of my writing. I know that I am though, and I know that by doing the work and getting through the revision and committing to the next draft, that I am becoming the next best version of myself as a writer too. I know that the bottom line of this entire process is this: that I will not give up on creating a better process, understanding my craft better, or creating better stories than the ones I wrote before.

In case you haven’t been told today, you are more than enough.

I want to share a very important two part disclaimer. First, this process is going to vary writer to writer, and sometimes, project to project. The steps I’ll talk about in this series are based on the steps I follow now, which are the result of a lot of trial and error over the years based on a whole lot of different processes I’ve read about or seen used. Second, this process is about revising a manuscript for big picture/whole story fixes. This isn’t about line editing for grammar and/or punctuation mistakes. 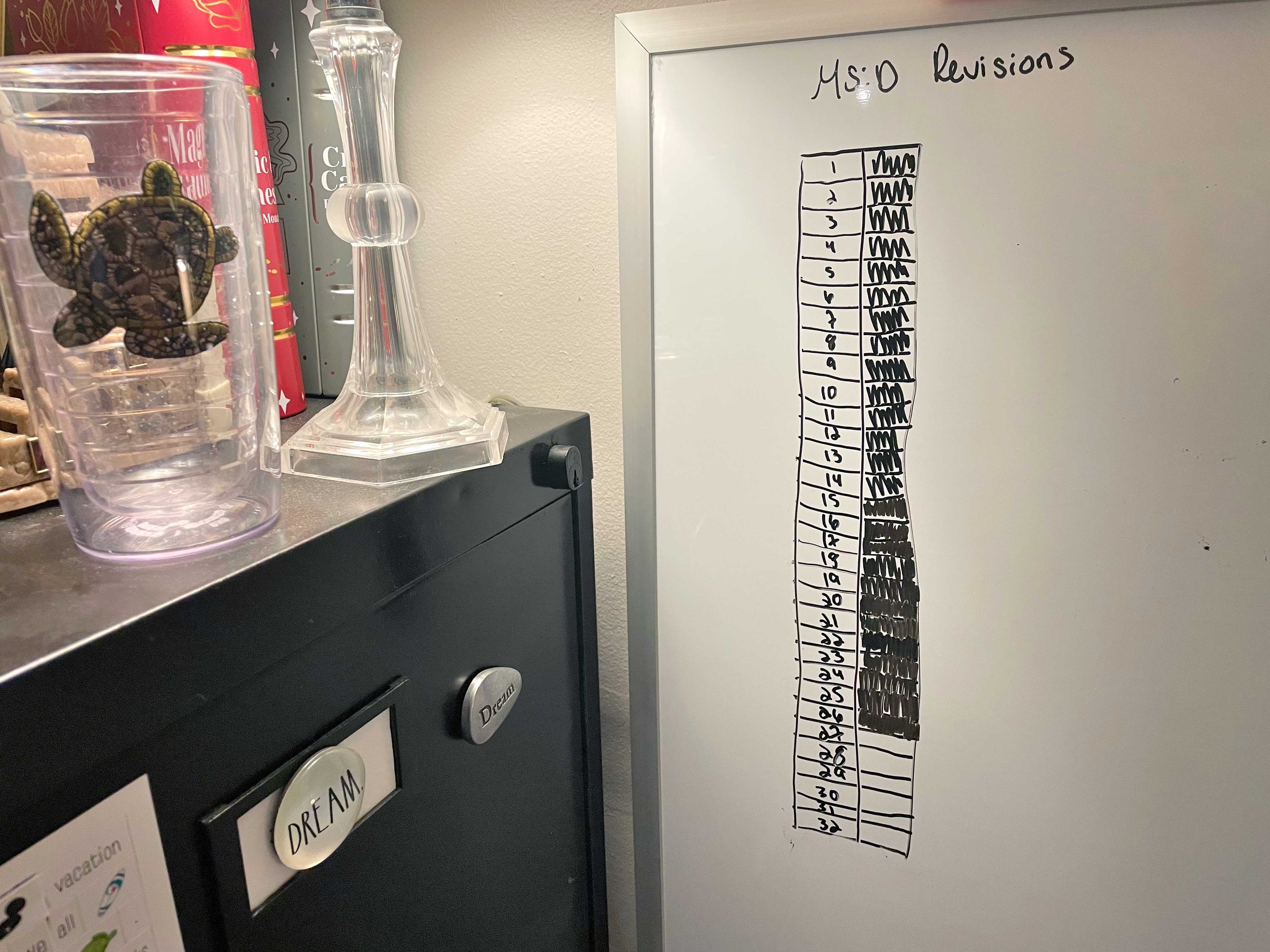 Happy first day of fall! ⭐️ 🍁
Loving this cart to keep all of my planning supplies in one place and my TBD pile close by. ⭐️
Planning in Action. Outside, in the fresh air, dreaming of and planning for the writing that’s happening and the writing to come. One of my very favorite ways to spend a few hours. ⭐️
Writing in Action. Working on realigning my goals and revising a query letter. Feels so good to be back in the writing. ⭐️
Writing in Action. Or, trying to be, but Ms. Rey has other plans. Evidently my manuscript is much better used for a pup to reach the sunshine than be worked on. 😁⭐️
Writing in Action. I’ve been stuck on a chapter for almost a week. It WILL be finished today. ⭐️