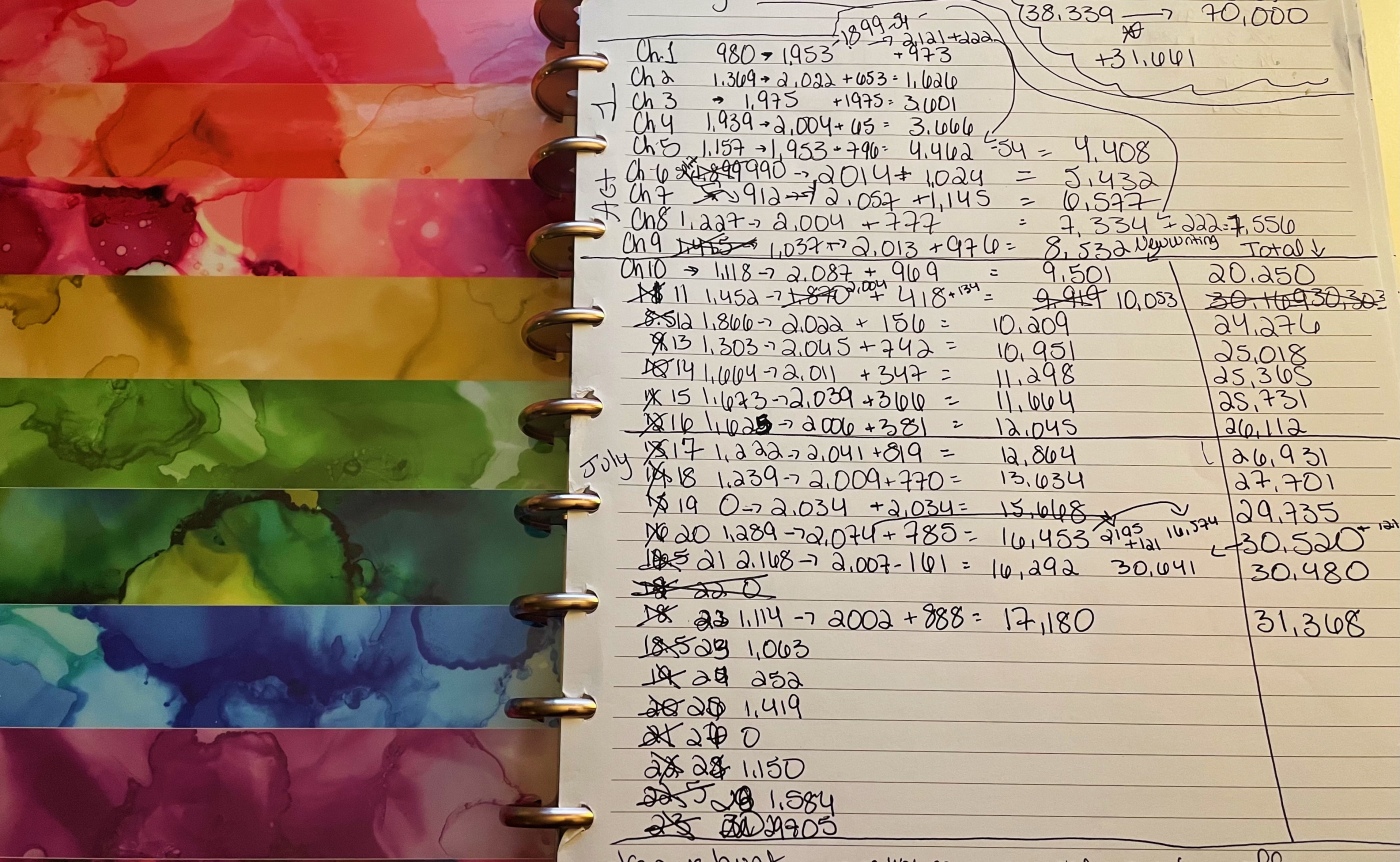 Working on the revision of my manuscript and while the word count did go down a day last week, it is rising at a steady incline. Each climb up the chart is another win for revising and another chapter closer to finalizing this version of the story.

I spent a lot of time with my characters last week. They went through their hardest challenge yet and my main character showed what it was to be hurt and to make a choice that, though divisive, needed to be made. She is standing at the precipice of the fall and doesn’t even see who’s about to push her over the edge. My antagonist had a few moments in one of the chapters I wrote last week that really surprised me. There were a few moments where he said something in a way that made me look at him differently. The moments were foreboding in all of those good ways, but they weren’t the ‘delivered in the maniacal villainous way’ I expected them to be. He has an added dimension to his character that I just didn’t fully see before and these moments that he had on the page really illustrated that. I LOVE when a character does something unexpected, but I love it so much more when it happens with my protagonists because it doesn’t happen as often. To have that kind of experience with my antagonist, especially this one who I thought I knew pretty well, was really, really cool. My main character was also aware of one of those moments as it happened in the story. Seeing that moment from him and taking it into consideration with what happens next is really going to change the experience for her. I think it will make her react to what happens in a much more methodical way and I’m really excited to see the next moments play out on the page.

Next week I’m hoping to get through another three chapters. Those three chapters will be all about the ‘dark night of the soul’ and it will see my main character face off against everything that has stacked up to these moments. The protagonist is a different person to her now, her mental state in the situation will be much more complex and all of it is going to create this absolutely amazing scene. I cannot wait to see it play out on the page. I’m also excited to get feedback on the query letter I wrote last week from my peer critique group. I’ve been awash this week with thoughts about writing in general, about the difference it makes to keep going with a story through plotting, drafting, revisions, and revisions again. It’s said often, but not enough sometimes I think. The difference between writing a story and not is choosing to go back to it day after day. It’s choosing to make it a priority and turn down other things in order to make time for it. Maybe because I’m back in the revision and I know I’m only a few short weeks away from it being done and then I’ll be drafting a new story and after that I’ll be revising a different story. I love it and I’m looking forward to it and I wouldn’t stop because I KNOW this is what it takes. This is what it takes to move closer to a story that will be published and I’m going to keep taking those steps. It’s a thought that demands attention when it captures a writer’s brain. When it goes off in my mind like a klaxon, even if I don’t know what’s coming, I stop and take in the message again. I’m taking it as another piece of my motivation this week, to get through these next three chapters and then the next three after that until the story is finished.

In case you haven’t been told today, you are more than enough.

Middle of the Journey 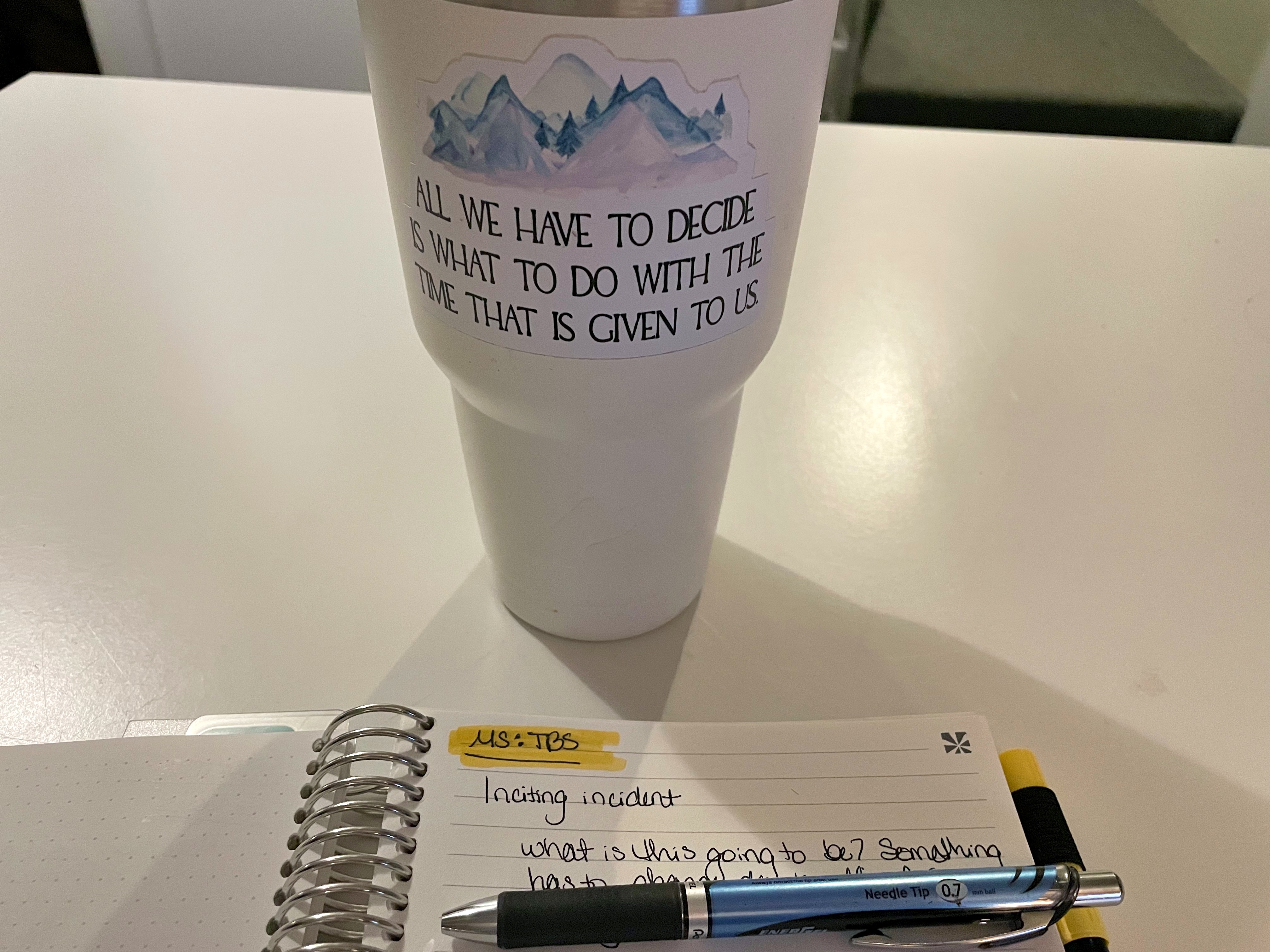