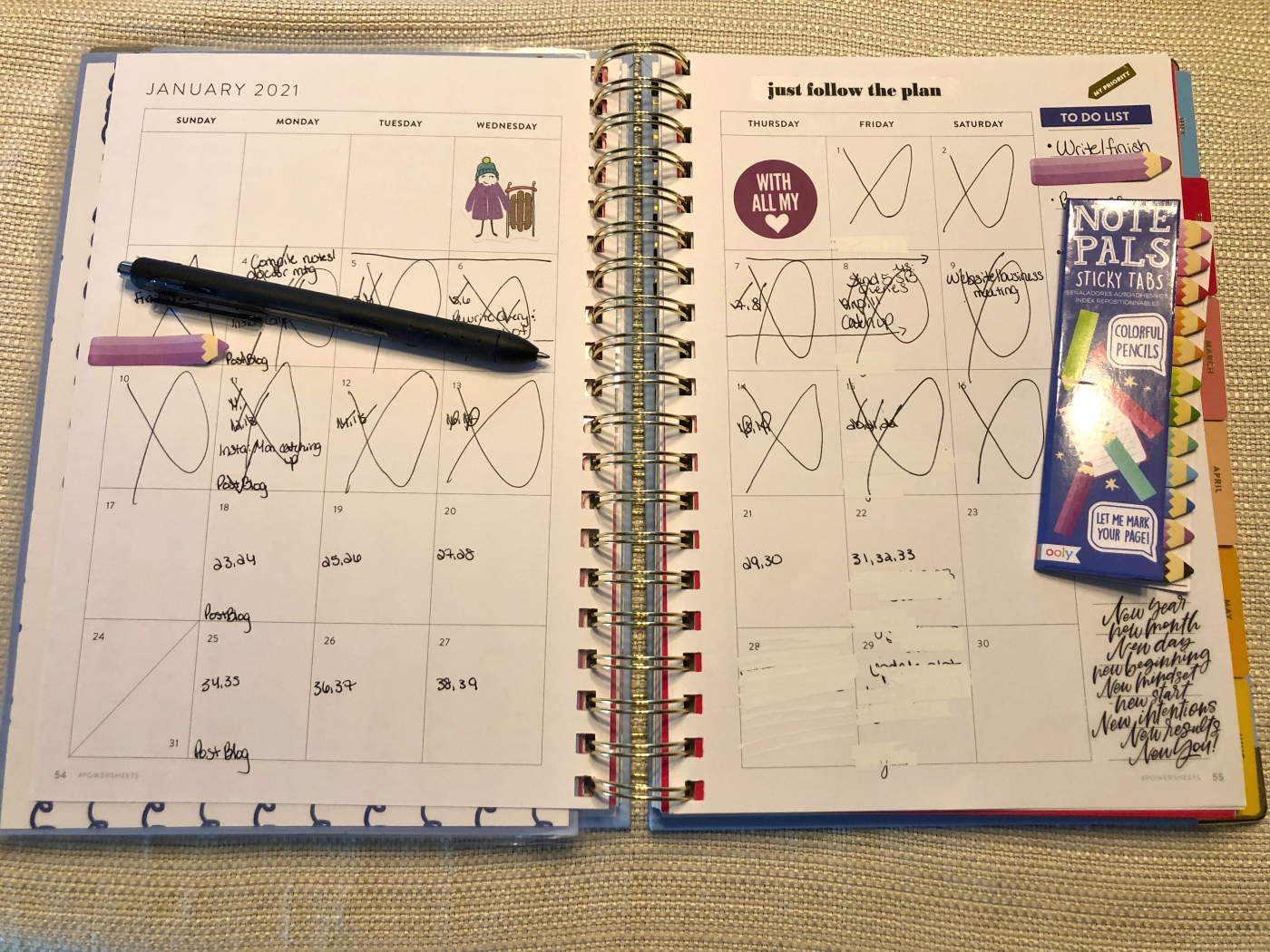 This week I struggled with my manuscript in weaving the new edits necessary to take this story to the next level with the writing that’s already been done. Also, deadlines. 🙂

As I was working on MS:T last week, I was struggling with a piece of the story I wanted to introduce in chapter eight. It was an idea that I knew was going to require some rethreading of motives and clues for the reader within the previous seven chapters if I introduced it. I was fighting myself on it, knowing that I didn’t have time to go back through those seven chapters now based on the timeline I’d set for this edit. I then remembered that while I want to finish this draft by the end of January, I also have another month in 2021 set aside to revise this draft. I know I will have that time and space I need to fix the issue in May (a note I am already making to myself…as in, future self, here’s your note) so I can add it to this draft right now. This element is going to deepen the motives of a few of the characters and I am excited to explore what it will mean in the story. In these last two weeks of finishing this draft, I’m going to stop worrying about the deadline and allow the story and my characters to pull me into those places that it needs to go.

I did catch up from where I’d fallen behind fairly early in the week. I also wrote a brand new chapter last week and expanded one part of the world by adding a new character. This character isn’t a hugely important one, but he serves to give the antagonist more agency to be as ruthless as he’s going to be. I also found an existing character pulling at me to give him more space on the page to really let loose and create problems for everyone. He’s pushed my antagonist and, though they haven’t had a scene together yet, I cannot wait to write the moment where he slams up against my main character. There’s a ways to go before we get there, but it’s going to be so much better than what it is now because of everything else he’s done in this revision of the draft. At this point, I’m just over halfway through the draft, though the last half is where some of the heaviest writing will happen. I’ve got five new chapters that need to be written and about ten chapters that aren’t even half the word count they need to be. 😳 But, I am the closest I’ve ever been to completing this story that I started so long ago and that is the fuel I’ll use to finish out the manuscript.

In case you haven’t been told today, you are more than enough. If you have the chance, tell a friend or a loved one the same this week. They might not have heard it in awhile either.

2 thoughts on “Weaving the Writing and Deadlines” 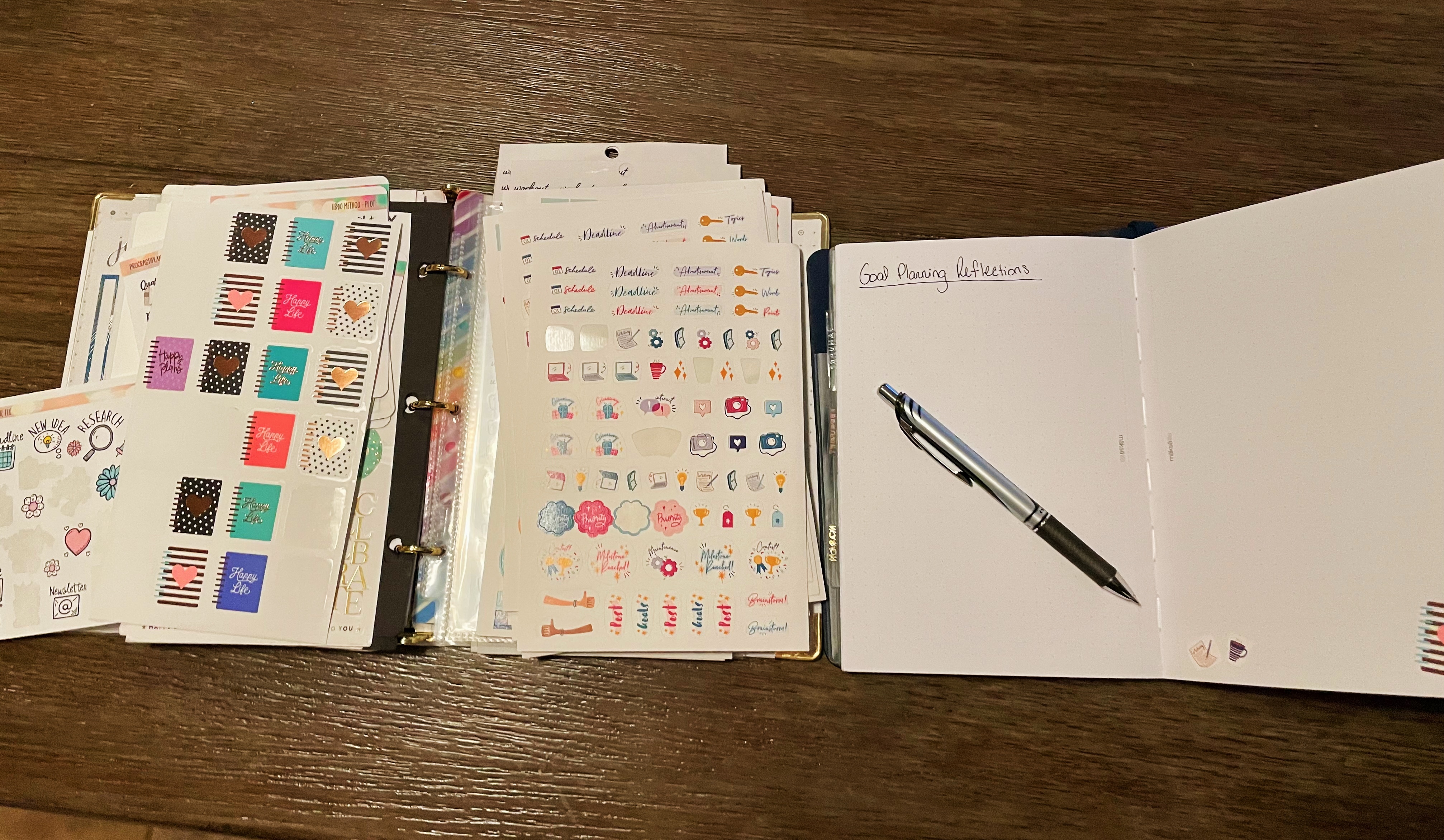 Setting up my space to do my goal planning is essential.
So excited to start planning for 2022! ✨
Getting ready to do some reflections this week means grounding myself in my space. I’m grateful to my past-self that I took the time to decorate for the holidays before the end of November. ✨☃️❄️
Received my first MakseLife order today! I’m very excited to dive into this goal planning system. I’m going to be using the quarterly goal-setting companion notebooks and was so happy to see that they fit in my EC Petite Folio. Hooray for goal planning for 2022! ⭐️
The first draft of MS:SOS is officially complete and NaNoWriMo 2021 is done! ⭐️
NaNoWriMo word count days 1-3. ⭐️