In attempting to understand my second POV (point of view) character better, I have decided to create a character study for her. It took a bit of digging through old files, journals, and my digital folders, but I have put together some of my tried and true (and some new) exercises to get to know her better.

Some of these worksheets came from specific sources (Sarra Cannon and Writing Deep Scenes, both resources I’d highly suggest checking out) and they are great additions to my writer’s toolbox. Last week I put together a stack of sheets to use not just for my second POV character, but also for my other characters in the manuscript. Having all of the information about my characters in an easily accessible place is always hugely helpful. I find myself reaching for that information especially when I’m in the thick of writing, and I want to remind myself of something particular about a character. Once I’d done that, I took some time last week to create a playlist for MS:TS because I hadn’t yet and music always has a special kind of power to bring a character’s traits to mind. I found myself leaning into early 2000’s hip-hop and R&B, not totally sure what it was telling me, but I let it pull me from song to song. As I was adding them to my playlist, my first narrator came blasting into my awareness and I saw her in a place and time totally outside my story. The way I saw her and what I realized about her backstory in that moment just cracked my awareness of her wide open. It was an awesome exercise and I was glad to get through it before our whole house was caught fighting a cold and the rest of last week was spent resting and recuperating.

This week, once we’re all back on our feet, I’m excited to decide on scenes for the story. I’m using the first draft of the manuscript as the bones that I’m building this second draft on. I already had been pulling it apart, figuring out spaces where holes in the story needed to be filled. Looking at these spaces as opportunities for my second POV character to step in and tell her parts of the story have opened the manuscript up even more in my mind. I want to dedicate as much time as possible this week to creating a really detailed map of when and where major points in the story happen, who will be in the narrator’s seat at those moments in the story, and just what needs to happen during those moments. It’s the piece of the process I’m really dedicating myself to digging to a deeper level of work on then I ever have before and, once I’ve got my energy back, it’s the work I can’t wait to get back to.

In case you haven’t been told yet today, you are more than enough. 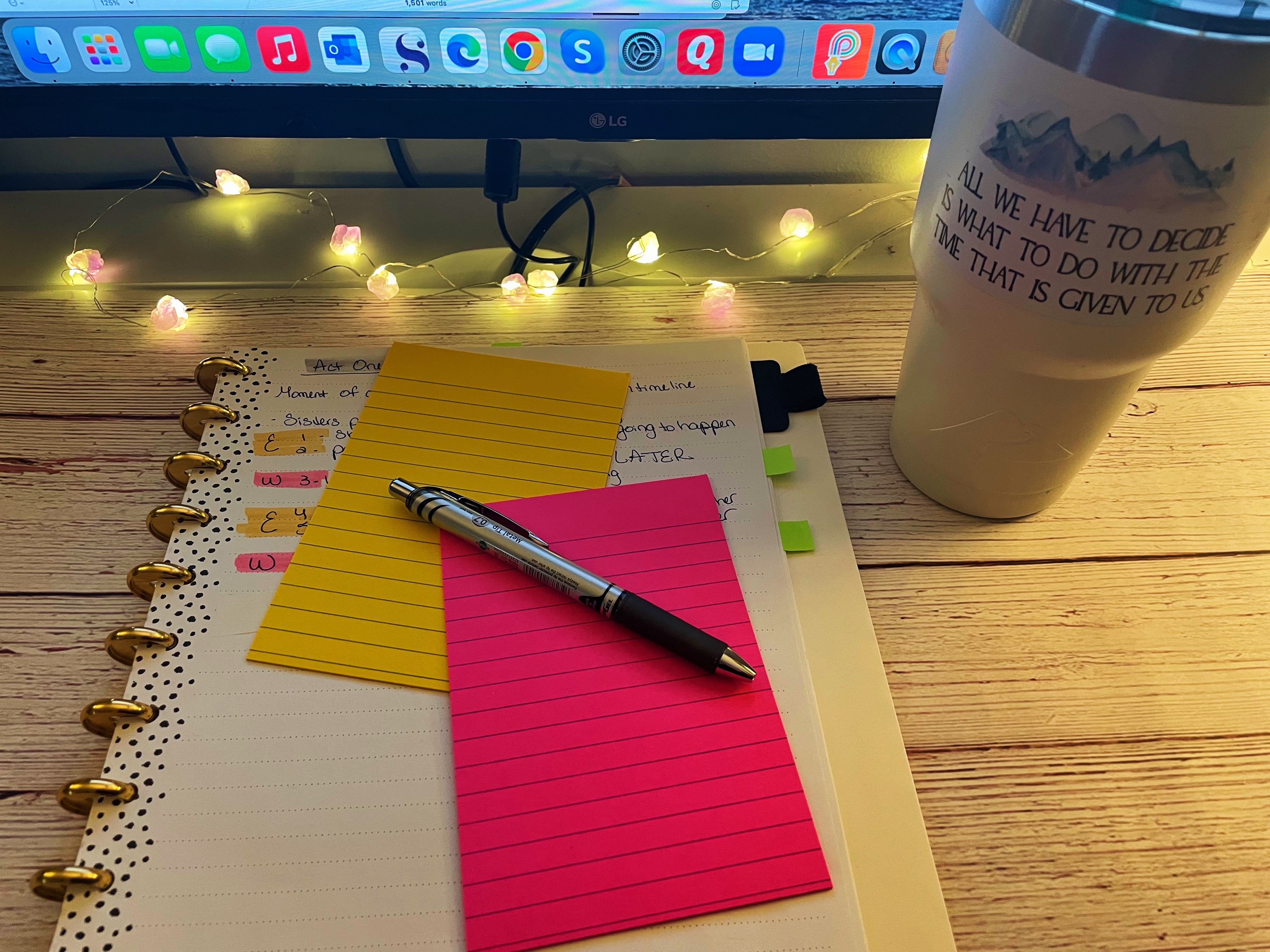 Writing in Action. Back in the story and actively revising! ✨
Bring on the warm weather!✨☀️
It’s a nice, warm day and we heard the peepers the other night. Spring weather is on the way. ✨
So true. ✨
Writing in Action. For anyone who needs the reminder (me), just because you’ve printed one side of your outline sheet to be the main frame of reference, doesn’t mean you can’t change your mind when the pen hits the paper. Do what works for the writing. ✨
All of the planners, all of the journals, and all of the tea. My favorite kind of night. ✨